We provide research and resources to help Citizens and City/County/State officials prepare their Land Use and Zoning codes for an electric vehicle future.

In particular, we advocate for municipalities to use Land Use and Zoning to protect themselves from the environmental and economic risks from gas/fuel/service stations becoming bankrupt/insolvent/abandoned as electric vehicles remove the need for these businesses. In the worst case cleaning up fuel/gas stations can cost municipalities/taxpayers hundreds of thousands to millions of dollars. 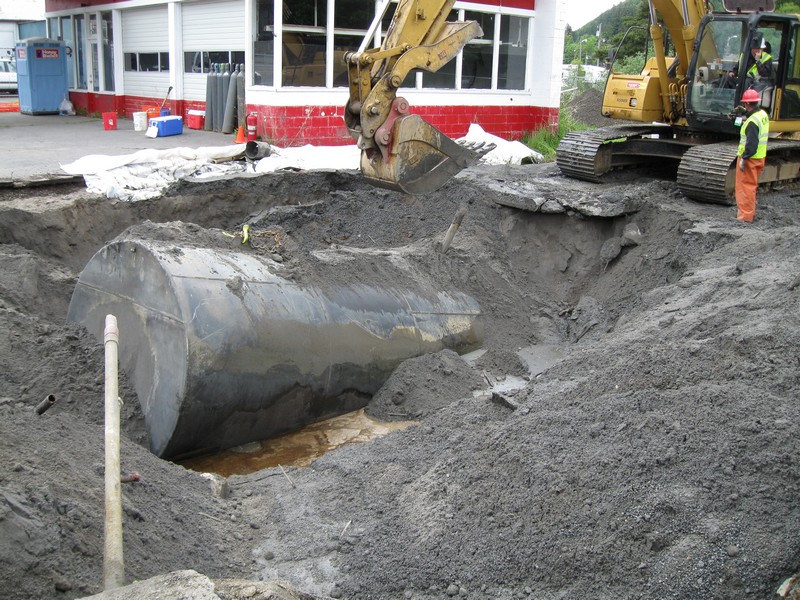 Land Use and Zoning

What zoning policies could exist to reduce the risks from service/fuel/gas stations?

When an underground storage tank leaks the petroleum can travel on the surface or through soils and groundwater. A setback may limit adjacent sensitive areas or properties from being affected.

For example here is a map from a Staff report from Springfield Oregon where 400 gallons leaked from underground storage tanks at a gas station and traveled roughly 100 feet via groundwater.

In this case having a leak only damage water and soil 100ft away is a “good” outcome. In April 2022, for example, a surface leak from a fuel depot in Medford traveled over 1,400 feet and contaminated Bear Creek.

Is anyone changing zoning for service/fuel/gas stations?

In 2021 Petaluma, CA became the first city to ban the construction of new fuel stations. In their City Land Use Code you can now see that in all zones Fuel Stations are marked as “Use Not Allowed”.

In 2014 Montgomery County, MD passed Ordinance amendment that requires a 500ft setback from “dwelling unit; public or private school; park; playground; day care center; any outdoor use categorized as a Civic and Institutional use or a Recreation and Entertainment use; or any wetland, stream, river, flood plain, or environmentally sensitive area.”

What Should I Read Next?